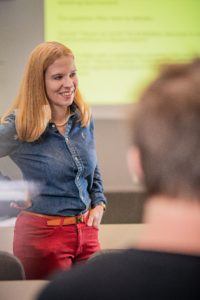 I am a lecturer in Comparative Politics with a specialization in the study of elections, political parties, and public opinion at Victoria University of Wellington (New Zealand), and the Director of the Internet, Social Media, and Politics Research Lab (ISPRL) , which publishes the New Zealand Social Media Study (NZSMS).

My research focuses on the relation between media and politics and in particular on the role of (social) media in election campaigns. I am specifically interested in mis- and disinformation on social media, as well as persuasive and mobilizing campaign effects on voters in electoral contests.

I am also a member of the board of the German Society for Electoral Studies (DGfW) and in this capacity part of the team which conducts the German Longitudinal Election Study (GLES), as well as one of the PIs of the New Zealand Election Study (NZES).

Apart from that, I am one of the lead editors of the Journal of Elections, Public Opinion, and Parties (JEPOP), an editorial board member of Electoral Studies, as well as an External Fellow of the Mannheim Center for European Social Research (MZES) at the University of Mannheim (Germany) .